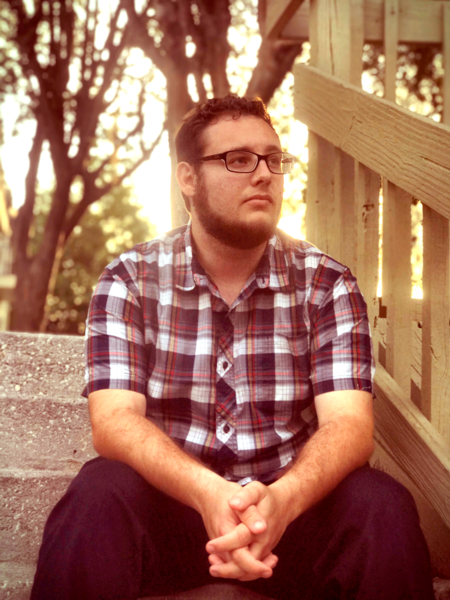 How do you gauge success? Max Trapasso, former PAL kid, twenty-year-old current college student, and Team Lead of Doctor Doom's Fearfall at Islands of Adventure, has given that question some thought:

"People sometimes believe success is a later-in-life thing that takes years to get to, and when you get there it's like sitting back in a reclining chair and counting the money that flows through the pipes in your house. But that's not how it works," Max said. "Success comes in stages and can happen at any time in your life.

"I consider myself to be successful now as I plan to be the first in my family to graduate college and I have a secure management job with the company I've wanted to work for since I was a kid. That is success for me, and success can be whatever you want it to be."

Just a few years ago, Max Trapasso was an active member of the Brevard County (Florida) Sheriff's Office Police Athletic League. As a PAL kid, he was recognized as an influential leader in his local PAL and also at the State PAL level. In 2016, the State of Florida Association of Police Athletic/Activities Leagues (SFAPAL) named him PAL Boy of the Year.

At the 2016 Annual SFAPAL Youth Directors' Conference, when Max was introduced as Boy of the Year, Max said he had unforgettable memories of these PAL conferences. "The training, the speakers, the classes-the information sticks with me," he said. "The learning experiences help in life, and have given me the opportunity to succeed and grow in life."

At that same time, Max spoke about a scholarship he planned to endow for a PAL kid: "Pat and Nick [Abrahams] giving back [through their Tomorrow's Team scholarships] has inspired me to give back, too. So this Fall [2016)], I will offer a $500 scholarship to one outstanding applicant from the [PAL] Youth Advisory Council [YAC] or the [PAL] Youth Conference Committee [YCC]."

That was a little more than a year ago. In October 2017, Max spoke more about his involvement with PAL and the scholarship: "Throughout my time after finishing PAL, I have continued to be supportive of the program. During YAC and YCC training I always do my best to be available to assist with training the new members, and during conference act as part of the Alumni Advisory Committee. For the second year in a row I bring money together for a scholarship in my name to be awarded to a member of the YCC or YAC. I started the scholarship because PAL has given so much to me and helped me develop into the person I am today. Without PAL supporting me I wouldn't be where I am now and would have struggled socially, personally, and financially. I wanted to give back to the program that gave to me, and by providing this scholarship money to young adults about to go out into the world to go to college, university, community college, a vocational school. Whatever these young adults want to do, even if they aren't sure what they want to be years from now, it's important to support them and encourage them to find their way." 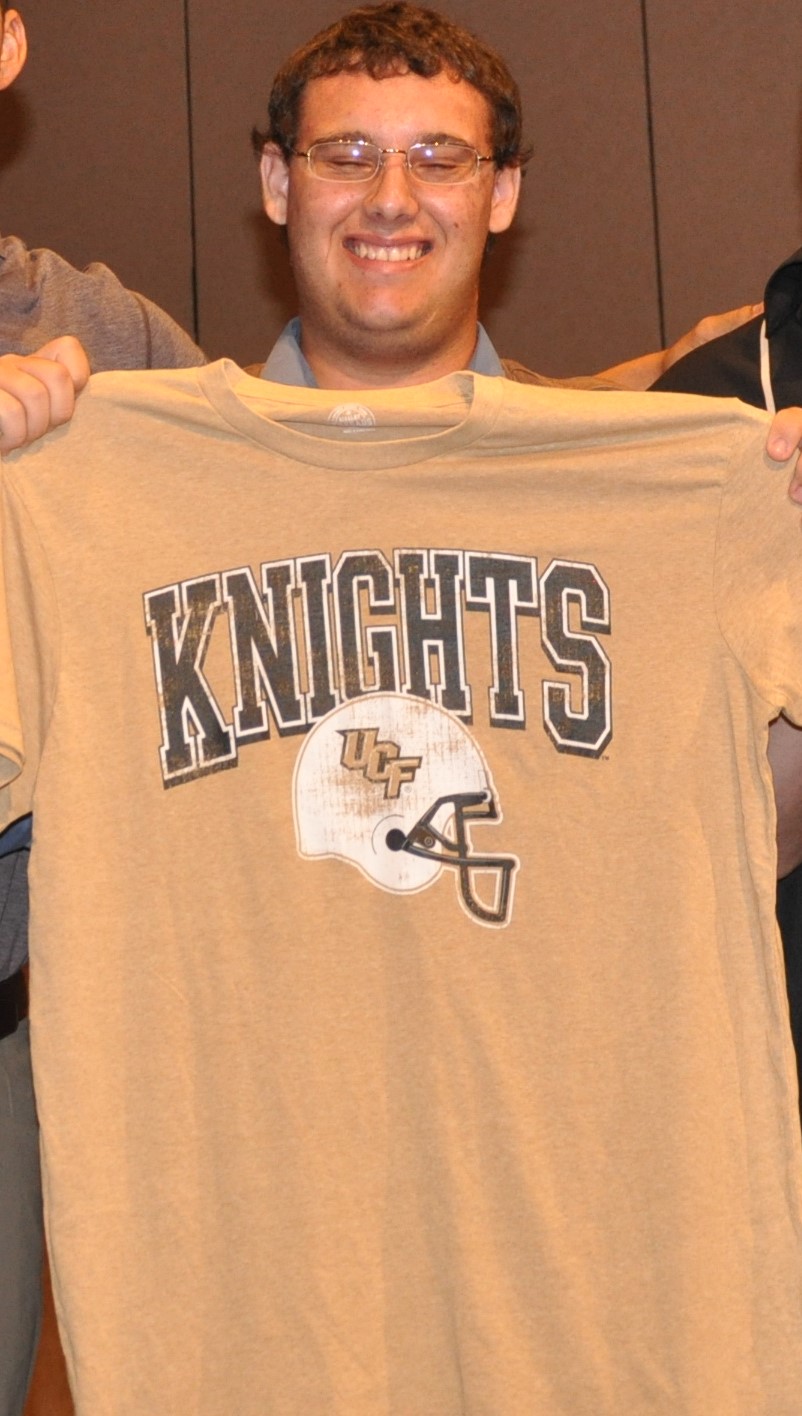 Mary Jane Binney, Family and Consumer Science teacher at Cocoa Beach Jr/Sr High and also director of the Brevard County Sheriff's Office PAL, knew Max all during his PAL and high school years. She has seen him in many roles: student, intern and volunteer. "Over the past thirty-eight years, I have taught thousands of students, and I must say that Max impresses me most with his leadership skills and work ethic," she wrote when nominating him to receive the PAL Boy of the Year award. "He is hard-working, dependable, self-motivated, and personable."

In high school, Max ranked in the top 25th of his class, with an un-weighted GPA of 3.6 and a weighted GPA of 3.91. He did this while maintaining dual enrollment at Florida Eastern University and working part-time at McDonald's. "He is extremely dedicated to his studies, and has a strong work ethic that will follow him through college," Ms. Binney said.

Indeed, Max continues to work hard. He brought us up to speed with what he's doing now and how he got there. In his own words:

"Since finishing my tenure on the YCC for Florida PAL I started attending the University of Central Florida. Originally I wanted to go into Architecture, however this changed around to Theater with a focus on Set Design/Technology and now I am in Entertainment Management at the Rosen College of Hospitality Management. For as long as I can remember even back to middle school, I wanted to work in theme parks, primarily Universal Orlando. My family has always had close involvement with the Entertainment Industry since my mom worked for Premier Cruise Line during the 90s and Universal Orlando as a supervisor in the early 2000s. I spent my childhood growing up in theme parks such as Disney and Universal, and the creativity and imagination that went into designing and operating the attractions and shows always intrigued me.

Once I got into high school at Cocoa Beach JR/SR I researched more in-depth what kind of educational track would best prepare me for working in theme parks? Whereas with a lawyer they can go to law school, or a psychologist can get a Psychology degree, there isn't exactly a "Theme Park Designer" degree. I would go to open seminars held by theme park employees and creative people. I would ask questions on what is the best way to get the job that they have. Unfortunately the industry doesn't have a straight answer. Some were lucky to be in the right place at the right time. Others pursued Construction Engineering, Architecture, or Theater, all of which met someone or by chance found a job that led to the job they have today. Simply put, I would have to shoot in the dark for what I felt would work best for me. Math wasn't my worst but it also wasn't my best, so I didn't feel confident enough for Engineering. Architecture was a possibility since as a kid I would always draw outlines of buildings or restaurants or rides like from a birds-eye view. So during my senior year of high school I applied to only one college, UCF, and was accepted two weeks later. 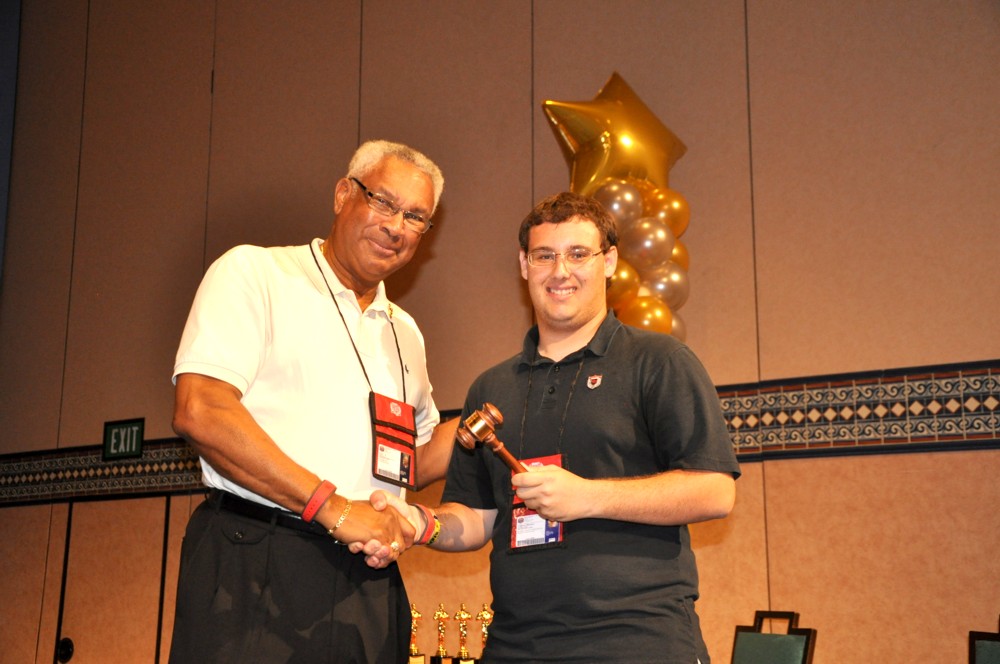 While spending my first semester in college, I realized as much as I enjoy drawing, I couldn't see myself making a career out of it or being interested enough to continue down that route. As a result I bounced around with the idea of joining the theater program at UCF. The program was highly structured however, and directly stated holding a job outside of theater productions that would be handed to us was impossible and would most likely result in drop-out. It held classes that I would need for attraction design, but at the time I was looking to start work and I needed money. This led me to applying to Universal Orlando as an attractions attendant in the Fall 2015. As far as college was concerned I felt like I could spend some time sorting out my degree, I had two years to make up my mind, and that was okay. But what I was 100% on was that I wanted to work for Universal, so I applied and within two weeks I had my interview and was hired to work at Shrek 4-D in Universal Studios. Without a doubt, I enjoyed my entire time at Shrek and immediately began work on climbing the ranks. I wanted to prove that I could handle any task or job that was thrown at me, because I planned on making Universal a career move. I was in for long haul and they like that. Within six months I was cross-trained at Terminator 2 3D as an attendant, upgraded to full-time, and was also trained to be a glasses escort, responsible for transporting 3D glasses between several attractions that used them. In October 2016 I was promoted to Trainer for both Shrek and Terminator, during that time I trained over 20 team members at both attractions. I enjoyed my job for so many reasons, all of which I still do. I get to see the behind-the-scenes of things and have fun doing work, such as test-riding the Hollywood Rip Ride Rocket coaster in the mornings. The majority of my friends that I have now have all been through work, something that I felt I struggled with in high school I was somehow able to excel at in the real world. The benefits of working for a theme park are great too. With my ID, I'm able to enter the parks any day of the year for any event, I get free tickets to hand out to friends and family, and I get discounts for all food and merchandise purchases. 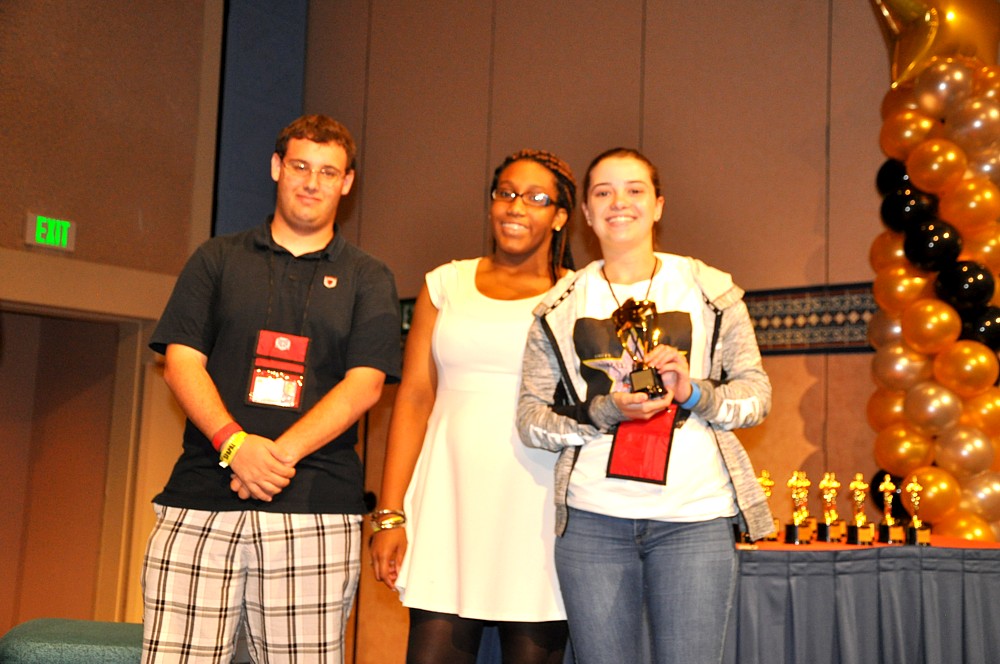 In May of this year I interviewed for Team Lead in Attractions, which in other words is similar to a shift manager at any other job. I was promoted the same week and over the Summer transitioned to my new venue, Doctor Doom's Fearfall at Islands of Adventure which is where I am stationed currently. My job as a Team Lead is essentially to oversee the daily operation of the ride and team, oversee and fix any downtimes we may have, and support my team through all endeavors. Working at a theme park is easily one of the more fun jobs someone could possibly have. As with any job you will deal with terrible coworkers or managers or deal with stressful situations and guests, but at the end of the day, I love going into work and that's what matters to me. At this point in my career I am at the first stage of management, and I'm only 20. I love my job and plan on developing into upper-management in Attractions Operations, but that all can change with luck and networking. If there is one thing I have learned while working at a theme park, it's that networking can get you so far. Even if you aren't the best candidate for a position, if you know the right people and they believe you can learn and have the right attitude about things, they'll take you over the other guy. Thankfully that hasn't been the case with me, but it's so important in any job that you do that you are able to network with people in all departments and levels of employment. You never know when you might need a connection with someone from Entertainment to help resolve a guest issue, or call for assistance from your friend in security for an emergency. Networking is one of the best ways to set yourself up for success.

Last semester in college I joined the Entertainment Management track at the Rosen College, located across from the Orlando Convention Center and a hop away from the majority of the Orlando attractions. The Rosen college I have learned to be a great fit for me thanks to the classes that are held here and the people I get to meet. Classes such as Arts & Events, Attractions Management, and Guest Services Management are just a taste of the wide variety of classes held, and the professors that teach come right from the industry. One of my current professors is the former VP of Disney Entertainment worldwide. I plan on graduating in Spring 2019 with an Entertainment Management BS, and continuing my career at Universal Orlando. By that time I hope to be a Team Captain, a position two promotions above me that is right beneath the first salaried management position within Attractions Operations.

"At the end of the day I feel successful with what I have been able to accomplish."

Congratulations, Max! This looks like success to us, too! Your PAL family is proud of you!