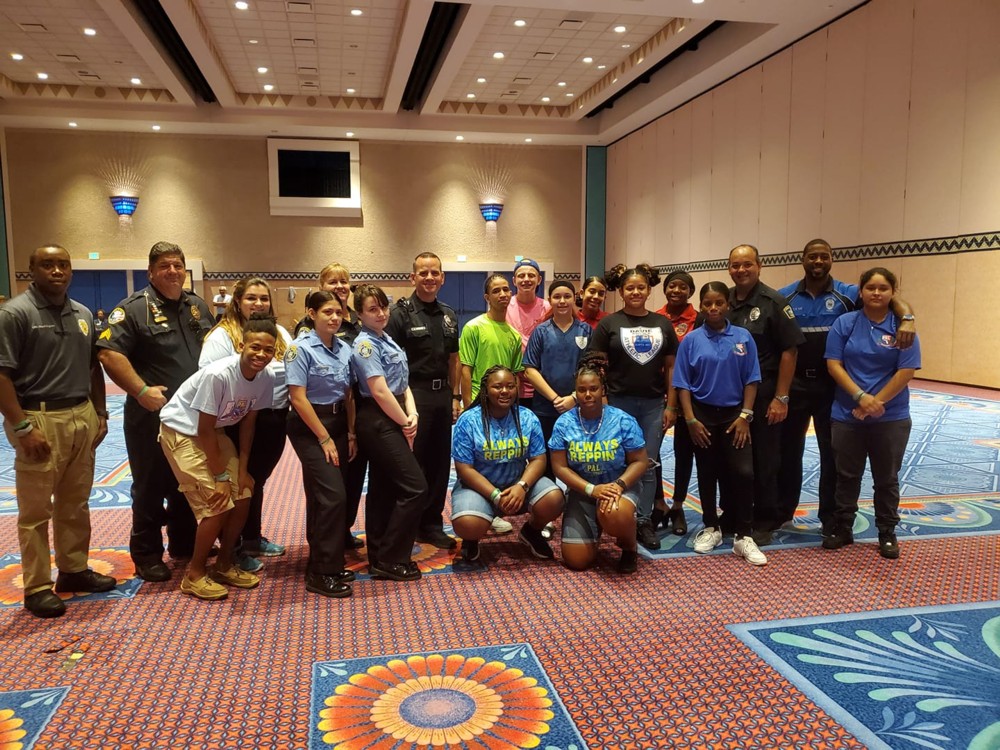 For the last twenty-one years, Florida PAL (also known as the State of Florida Police Athletic/Activities Leagues or SFAPAL) has offered this experience to PAL kids who belong to the Youth Directors' Council (YDC) programs offered by their local PAL chapters. These programs, for young people ages ten to eighteen, promote leadership skills and encourage the members to work within their communities to effect positive change. If the youth do the required community service, and meet other guidelines, such as attending their local and regional Youth Directors' Council meetings throughout the year, then the annual conference (traditionally held at Disney World), the meals, the lodging, and the Disney theme park passes are free for four youth and two adults from each chapter. Many PALs pay from their own funds so that additional PAL kids and adults can attend the conference. 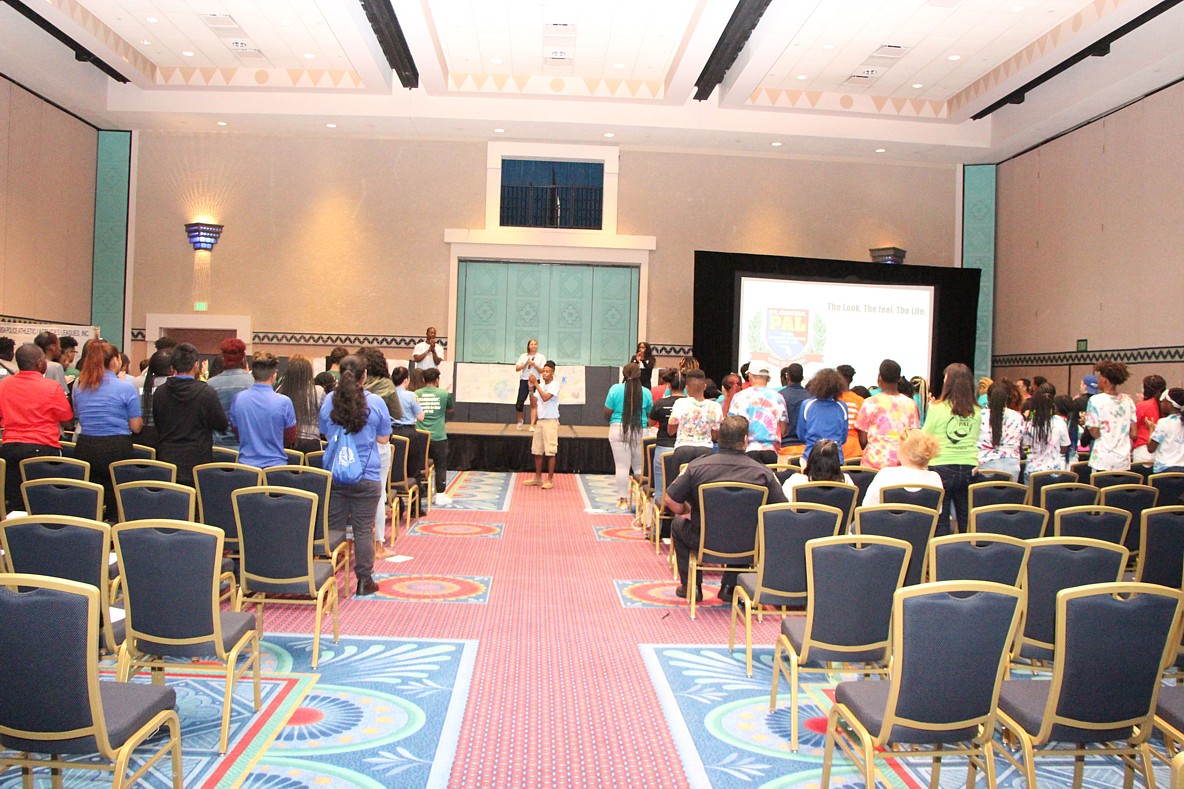 How did all this start? Twenty-one years ago, the concept of a Police Athletic League program to teach leadership and community outreach was a new idea in Florida. Mr. L.B. Scott, the executive director for SFAPAL/Florida PAL, was impressed with the Niagara Falls, NY, Youth Forum and was inspired to create something similar in Florida. His early efforts resulted with the formation of a new PAL program: Florida PAL Youth Directors' Councils (YDC). From the start, the kids have loved the concept: a program for the kids, run by the kids.(With a little help and direction from their adult PAL mentors.)

At the onset, Mr. Scott explained that the purpose of the program would be to teach kids what it means to be involved in charitable work, how non-profit organizations function, and how to manage an organization of their own. He said that the Youth Directors' program "gives Florida PAL an opportunity to work with kids on another level rather than always concentrating on athletics. Many kids are not involved in athletics and will have an opportunity to do some positive things in their community." This has become one more way PAL is working to improve the lives of young people. 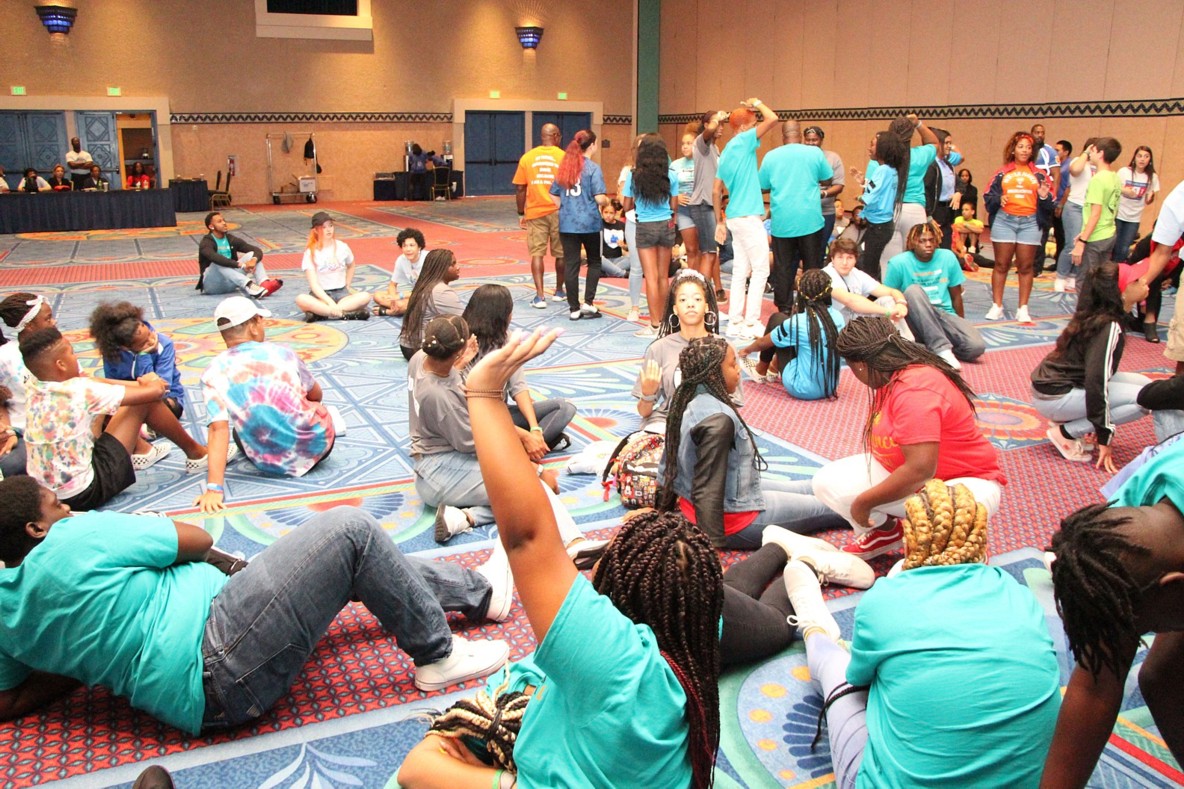 What actually happens at the annual conferences? The conferences are a combination of instructors/motivational speakers and lively interactive activities. Not to mention the fun offered at the Disney theme parks. As Executive Director Scott has said, "A time for business and a time for play." Florida PAL strives to maintain a balance between seriousness and fun at the conferences.

The business, or serious part, of the conference happens when the motivational speakers teach and inspire the young folks. Even old folks can come away with something important. These sessions can be life-changing.

The fun part ranges from the crazy lip-sycn battles to the lively, ice-breaking games and interactive activities. This year, the kids were encouraged to come on Stereotypical Friday costumed as someone they are "not," such as bad teacher, mean girl, drug dealer. Lots of laughs on that day! But there was a serious lesson even with this hilarity: perceptions aren't always true. 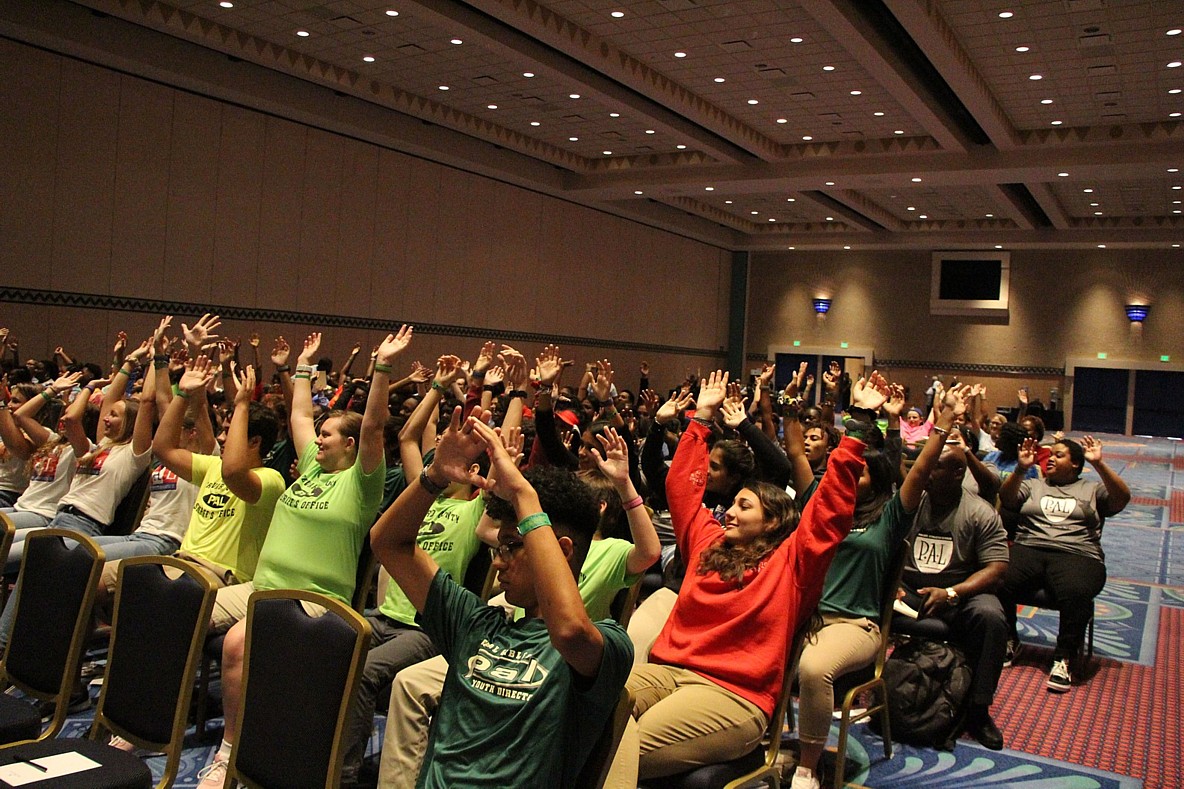 Rhonda Scott, Florida PAL program and events manager, wrote: "Our theme this year was perception and identity. By the time they leave, we want them to know more about PAL and more about themselves without misconceptions. How can we think and judge others before really knowing something about them? How can you lead without knowing who you are and who you are representing?" The lessons learned, the messages from the speakers, the friendships formed-all are meant to be taken to heart and become lasting memories to bring continued inspiration.

Who were the instructors at the conference? Javier Sanchez, founder of R.E.A.C.H. Strategies, believes that change for the better in our world, our country, our communities, and our schools isn't just happening to young people, it's happening through them. He incorporates music and positive messages to encourage teens to catch a vision of their potential and purpose in life. 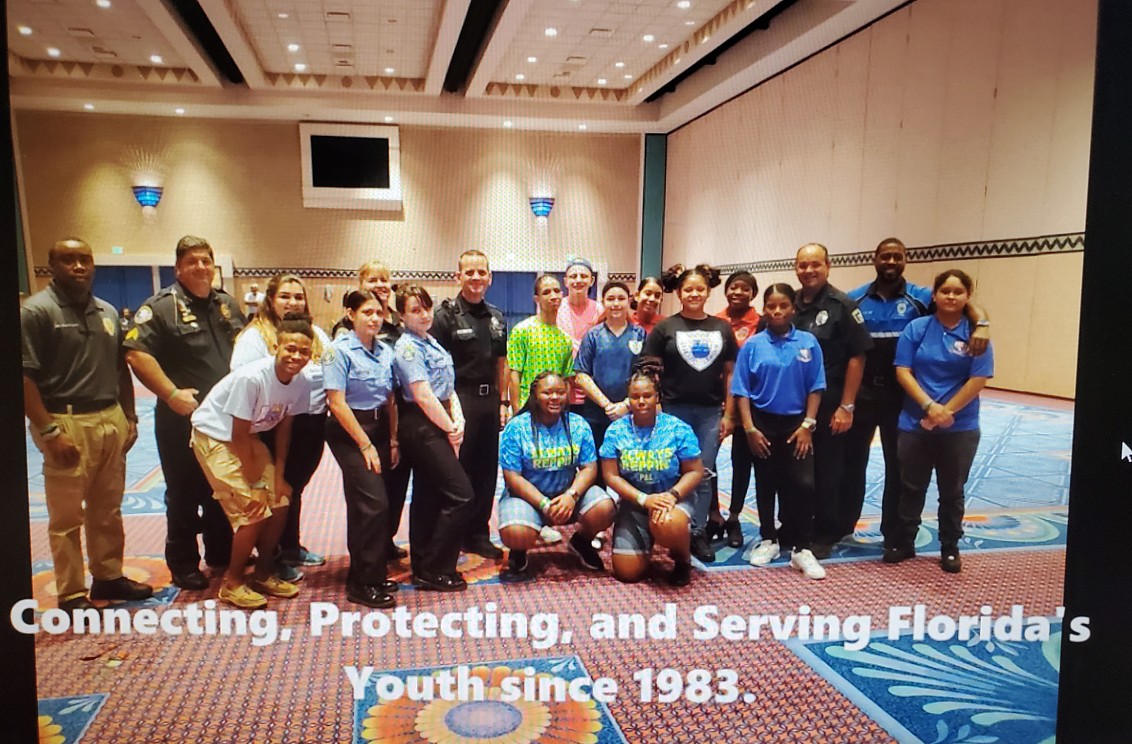 Ty Sells, with Youth to Youth International, combines stories and interaction to involve and motivate kids to make good choices. In delivering their messages, both Mr. Sanchez and Mr. Sells blend comedy and a genuine interest in young people.

Kiesha Edge is the National Associate Director of Professional Development and Regional Support for the Anti-Defamation League. She oversaw the implementation of a school program in Florida called "No Place for Hate."

Eric Ross, serves as the Senior Associate Regional Director for the Anti-Defamation League. His background includes many months spent training, volunteering and studying in Israel. The Anti-Defamation League's mission statement is "to fight anti-semitism and all forms of bigotry, to defend democratic ideals, and defend civil rights for all, doing so through information, education, legislation, and advocacy." 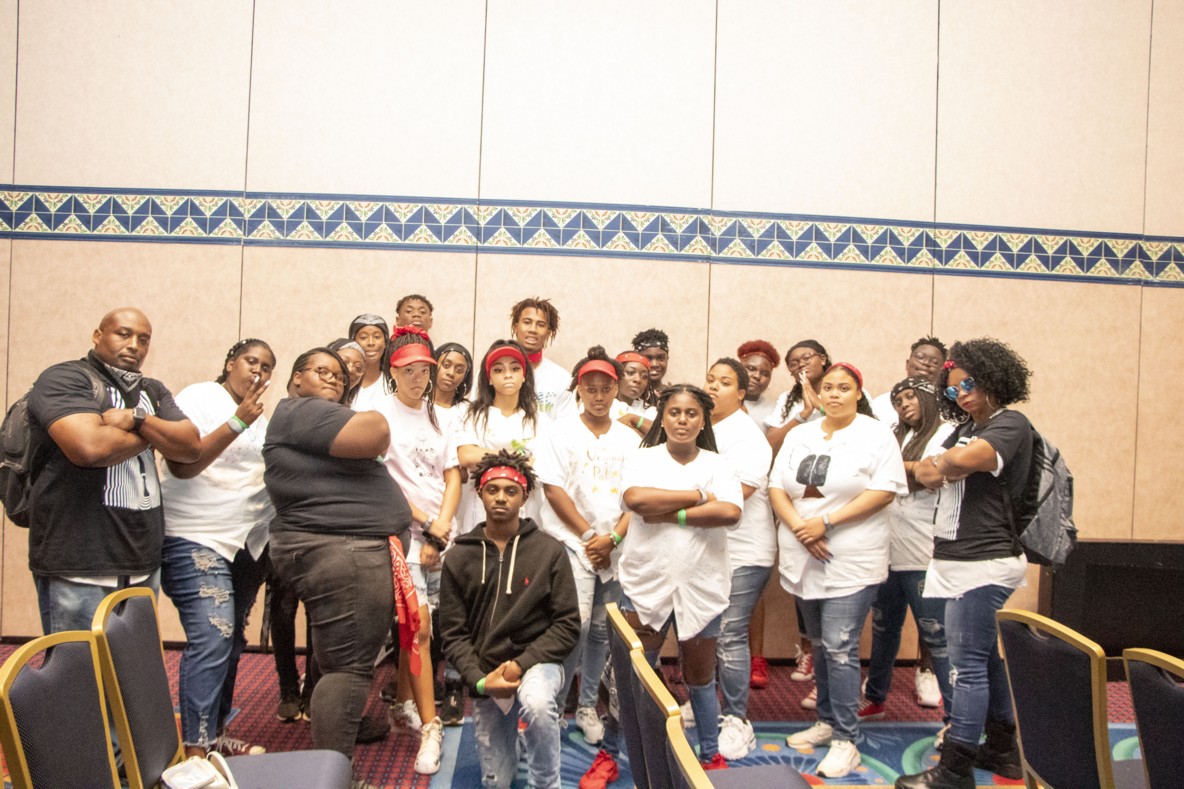 Mr. Ken Jefferson, after a 24-year career as an officer with the Jacksonville Florida Sheriff's Office, serving in many facets of the department, is well-qualified as an expert in the field of crime and safety. In this year's conference, Mr. Jefferson was the facilitator for an open forum with police officers and the PAL kids. It was a positive experience: The kids asked questions, shared experiences, and received direct feedback from the officers.

So, the PAL kids actually run the PAL Leadership Conference? That's the gist of it. A select group, the Youth Conference Committee (YCC), meet often to plan the conference and implement it. In recent months, Javier Sanchez, who is a regular facilitator at the conferences, worked with them on the planning. Serving on the YCC this year were Faith Jackson, Jordan Glenn, and Paul Gordon.

We often say, "Once a PAL kid, always a PAL kid." And that especially stands out as true with a separate group, the Alumni Advisory Committee (AAC), composed of grown-up PAL kids, who return to the conferences to help and share their invaluable experience with the younger ones. Their number includes Max Trapasso, Jerae Parrish, Liza Creatura, James McKinnon, and Austin Steele. 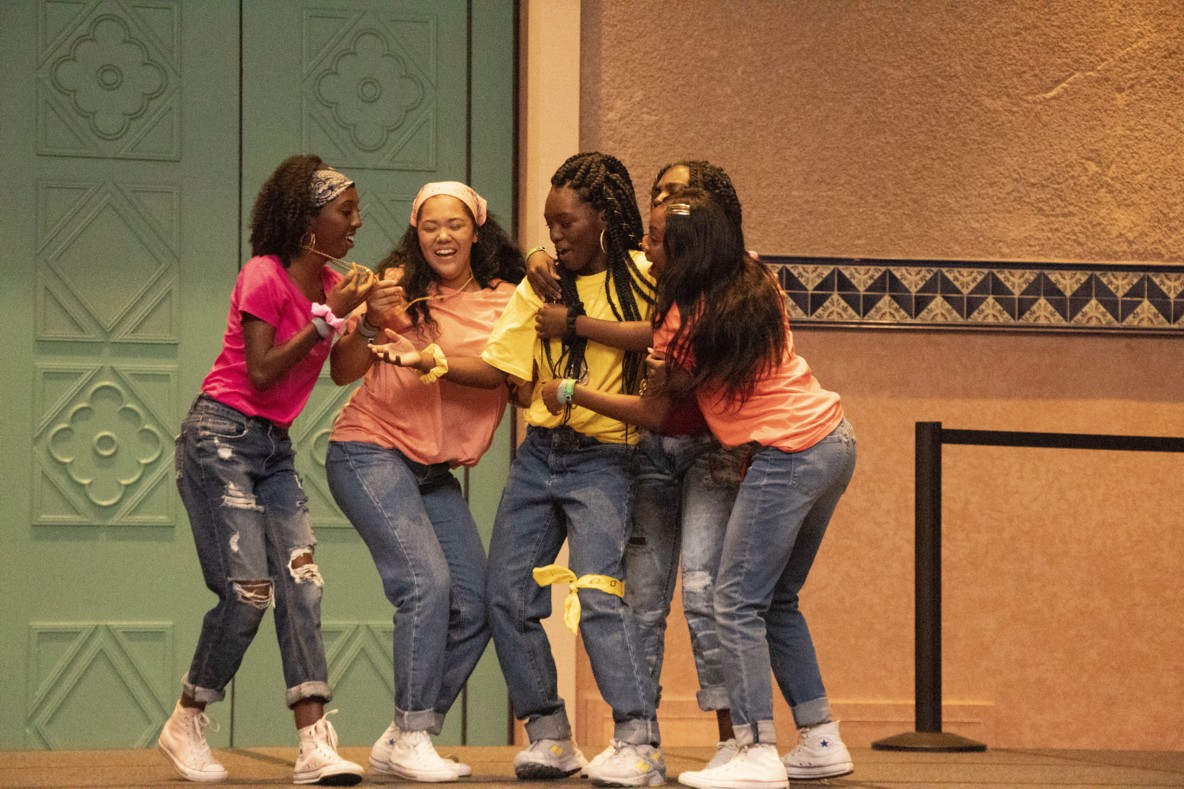 The young folks on these committees have reflected on this recent conference and some have shared their impressions. Jerae Parrish, a grown-up PAL kid who now is starting her fourth year of teaching third grade at Auburndale Central Elementary in Polk County, said, "Going to the annual conference, even though I am there working as an AAC member and I bring my own local [PAL] chapter, is truly a breath of fresh air for me. It's time I get to spend with my youth and youth from all over the state of Florida to make a difference." Jerae is in her fifth year serving as the Adult Coordinator for the PAL chapter in Winter Haven. Jerae, who was once a PAL kid herself with Winter Haven PAL, was part of a select group of PAL kids who went on a National PAL sponsored trip to Washington DC in 2009.

Jerae was happy to see the huge role the YCC played this year, leading the conference activities so ably: "This meant so much more to me, seeing the youth take almost full control, seeing the program kind of go back to the old way." She observed how the sessions held the interest of the PAL kids, who responded enthusiastically with questions, comments, and shared personal experiences throughout the programs, which contributed to a high level of interaction. "Of course, Javier (Sanchez) and Ty (Sells) came back [as instructors], and they're always a joy," Jerae said. "Javier and Ty get the youth involved, actually talking to each other." 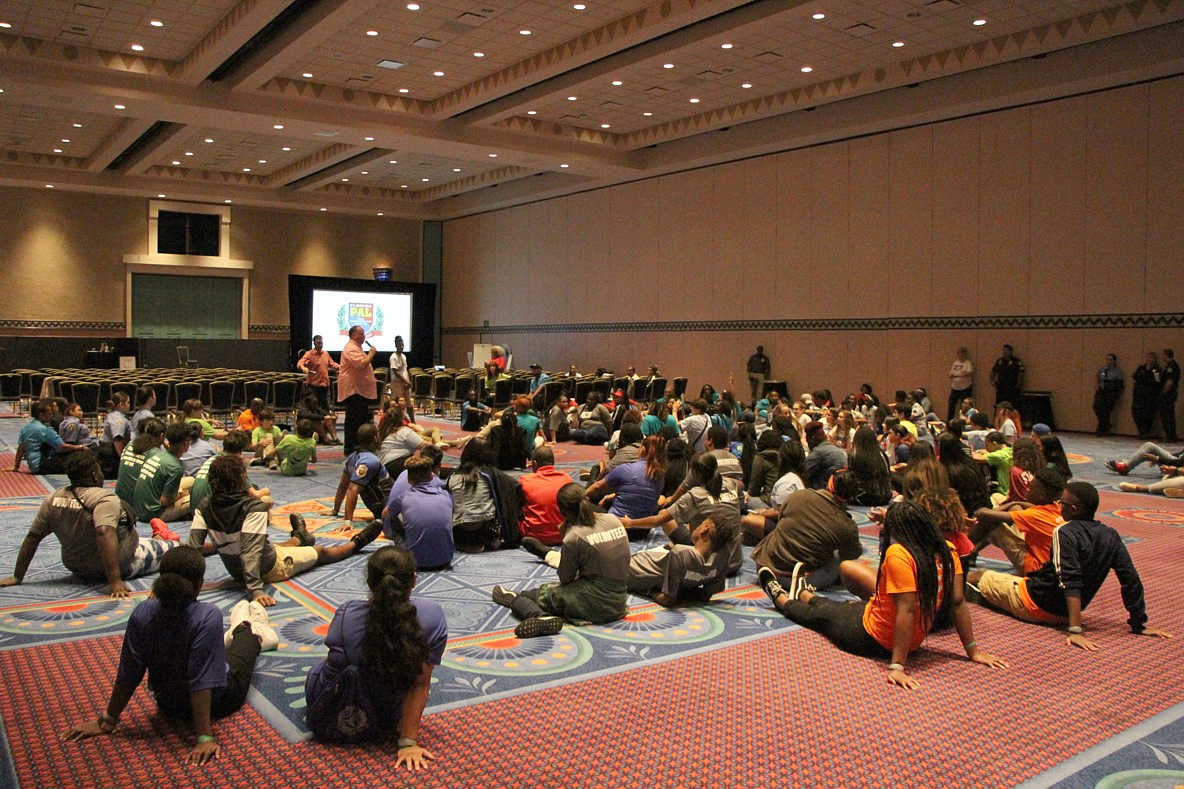 During part of the program that focused on stereotypes, Jerae said PAL kids shared with the group about how they felt unfairly stereotyped by others and how hurtful it could be. Hearing those stories was an "eye-opener," Jerae said. "Unfortunately, we all stereotype people, and to hear how they feel about it, it makes you stop and think, 'Why am I doing this to someone, because I don't want them doing it to me.'" This was a good exercise in "learning how to acknowledge others and learn to respect them," Jerae said.

Along those same lines, hearing the Anti-Defamation League speakers, Kiesha Edge and Eric Ross, speak about what their program offers and how it aims to support people who are often unfairly marginalized and denigrated, also impressed Jerae.

Another highlight for Jerae was seeing the interest the PAL kids had when Mr. Ken Jefferson led the forum with the officers and the PAL kids. "It was good to hear that society can have positive relationships with the police," she said. 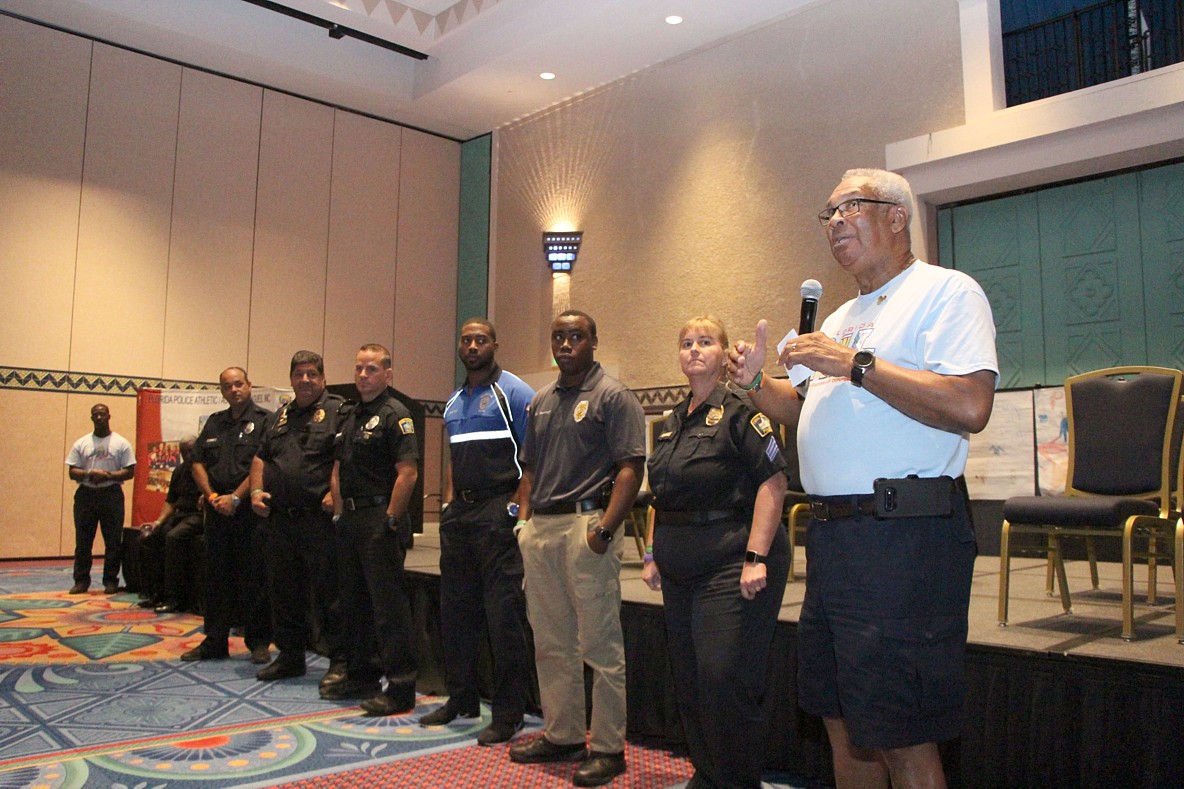 James McKinnon, another grown-up PAL kid and now one of the AAC members, shared some of his impressions from the conference: "I had a phenomenal time at this year's conference! Every year that I've been blessed to go, I've had a blast. There are always so many great speakers that come to share knowledge, and this year was no different. One of the presentations that stood out to me was the ADL (Anti-Defamation League) presentation. Honestly, I didn't know about their existence until I saw the conference agenda. I love everything that they stand for, which is being a voice for those who otherwise would not be heard or protected. They also spoke about being an ally for someone. Not being afraid to speak up for someone, in their presence or absence.

"Also, something new that they did this year at the conference, 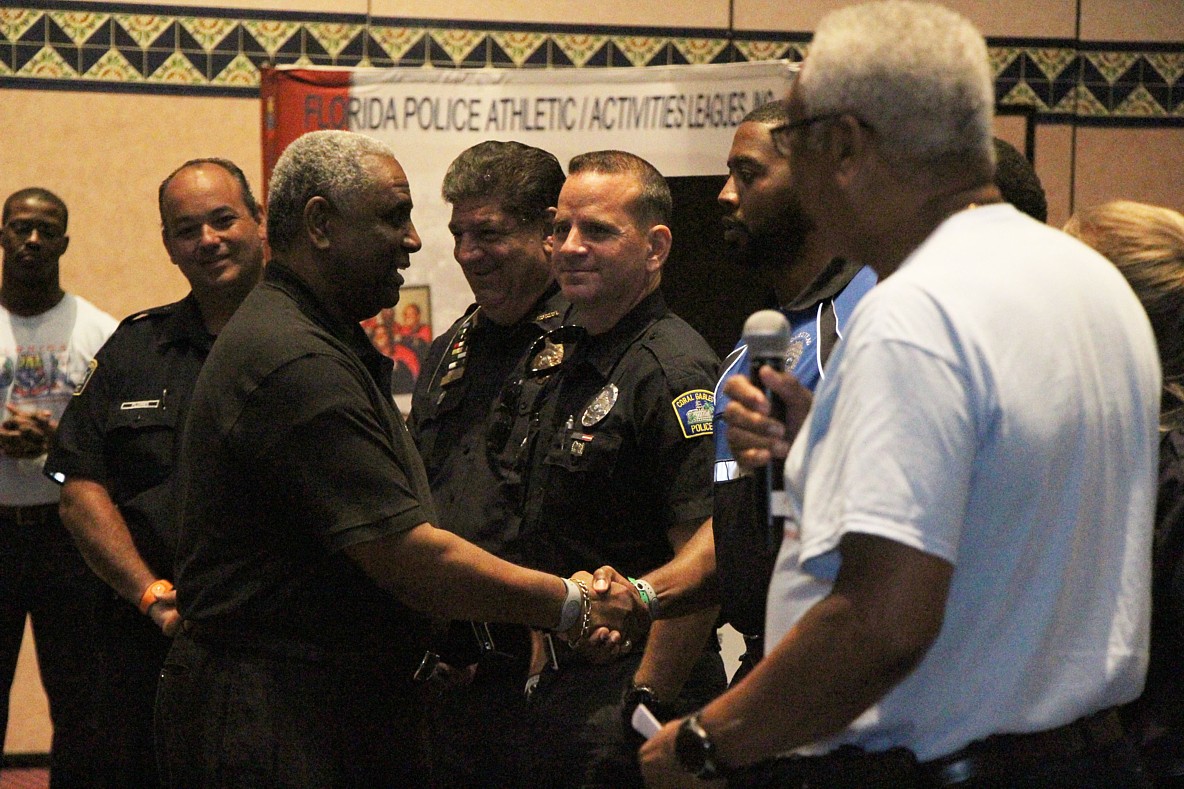 that I really enjoyed, was having an open forum with a Crime and Safety Expert, Mr. Ken Jefferson. He and the Law Enforcement panel discussed how to conduct yourself if you're ever pulled over by a law enforcement officer. The youth were given an opportunity to ask questions, many of which who did, and were given answers from that officer's perspective. I believe that this presentation was very apropos considering the climate of our nation regarding law enforcement.

"In all, I believe that everyone in attendance was able to take something away from the conference this year. As always Florida PAL did a phenomenal job with preparing the YCC members to host the conference and I believe each member did a stellar job! I'm truly looking forward to next year's conference." 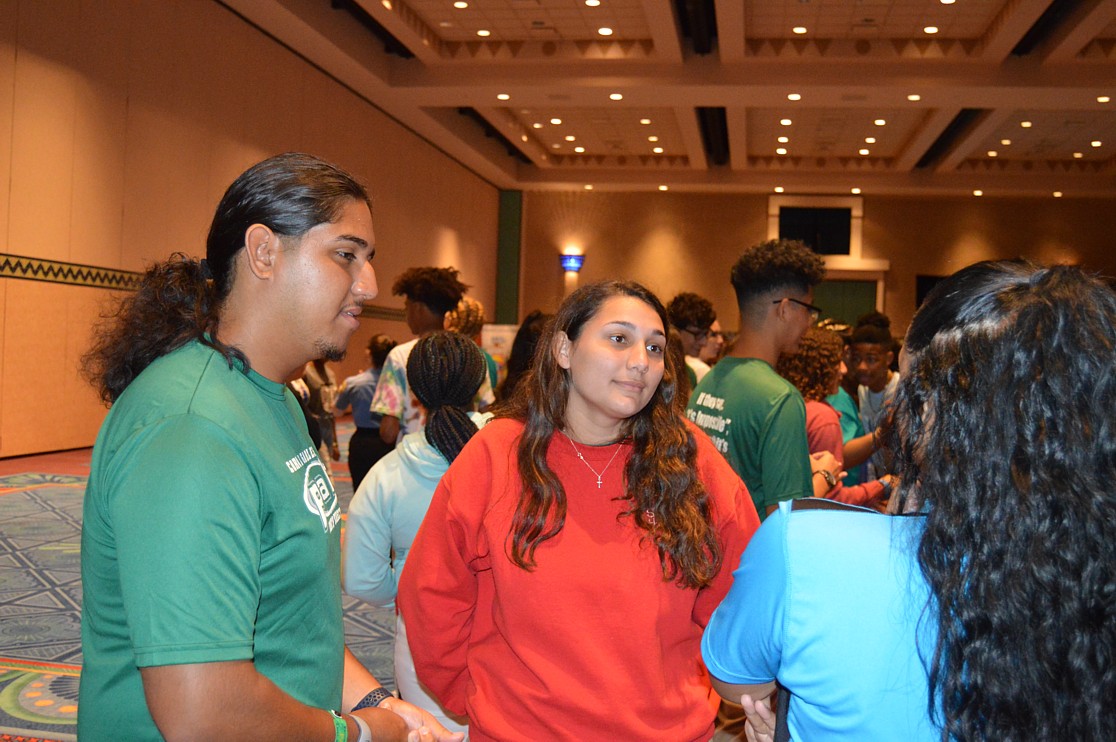 James q went to his first YDC conference in 2007. A special PAL memory for him was being part of a group of PAL kids who went to Washington, DC, with National PAL, visited Congress and witnessed a vote. A note about what is keeping James occupied this fall is that he and his wife, Jalisa, are expecting their third child. This new little one will join siblings Jade, age six and James, age four.

Wrapping up the Conference

Florida PAL believes that the goals of saving and guiding our youth are worth every effort and every bit of money it takes to put on a conference of this magnitude. If our children are inspired by what they see and are willing to set their standards high and work to have a good life, then it's time and money well spent. That's what this conference is all about: giving our youth the tools to build good lives. 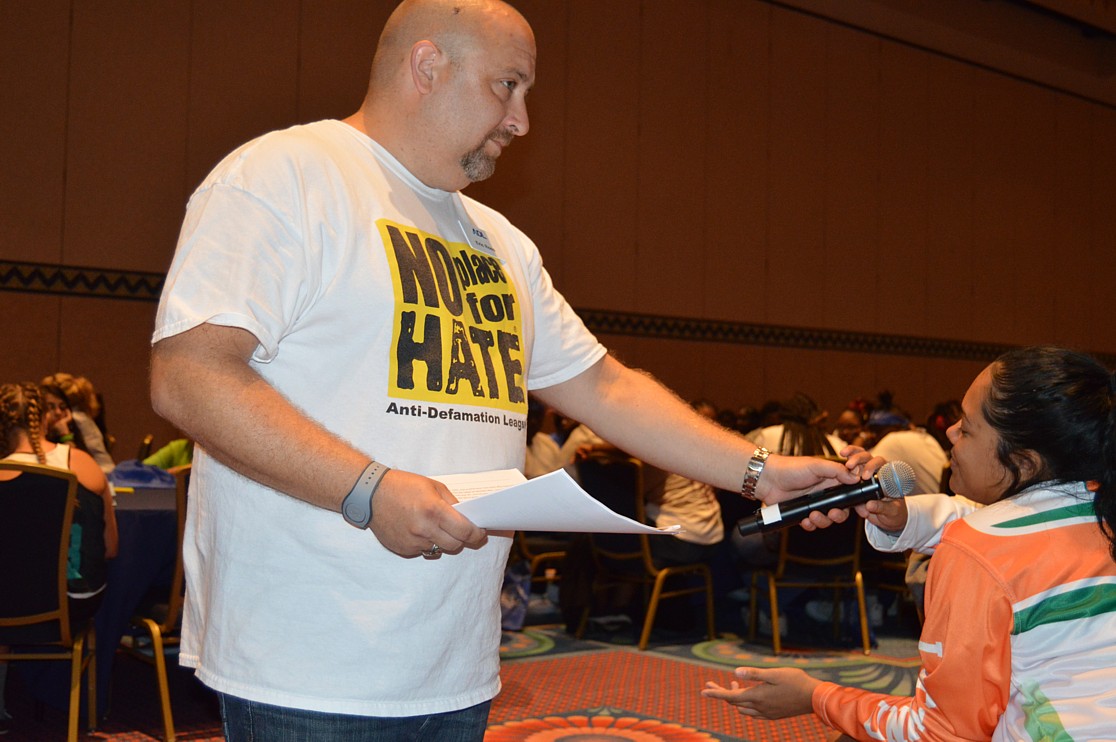 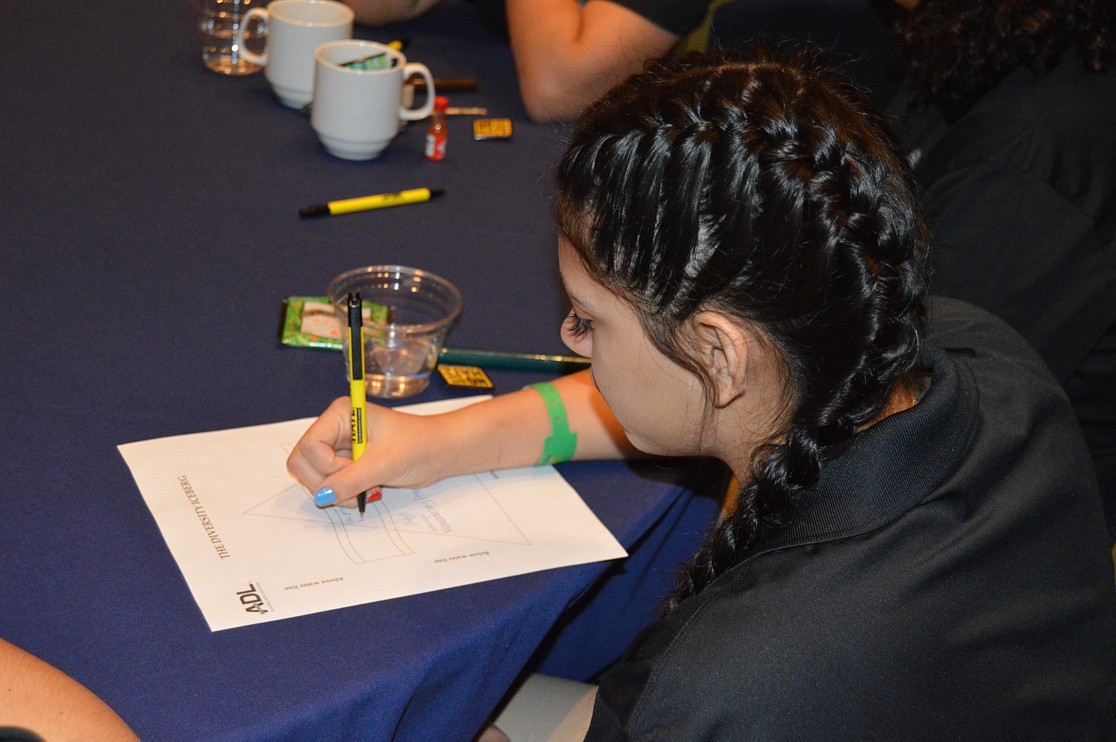 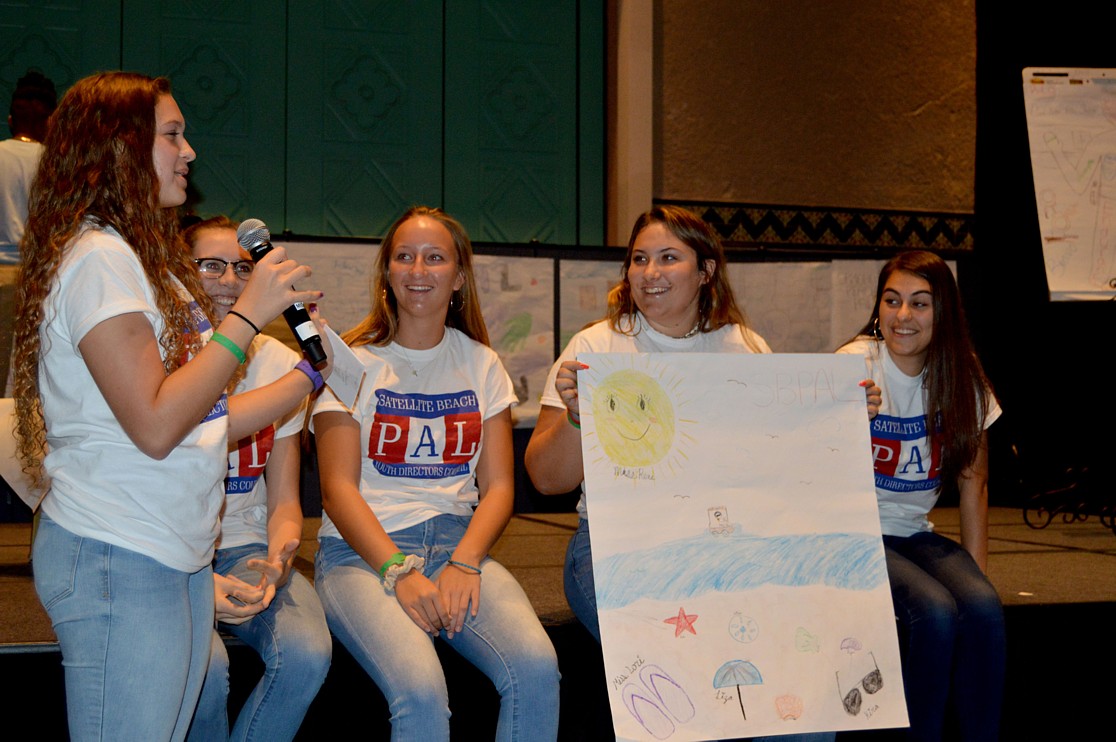 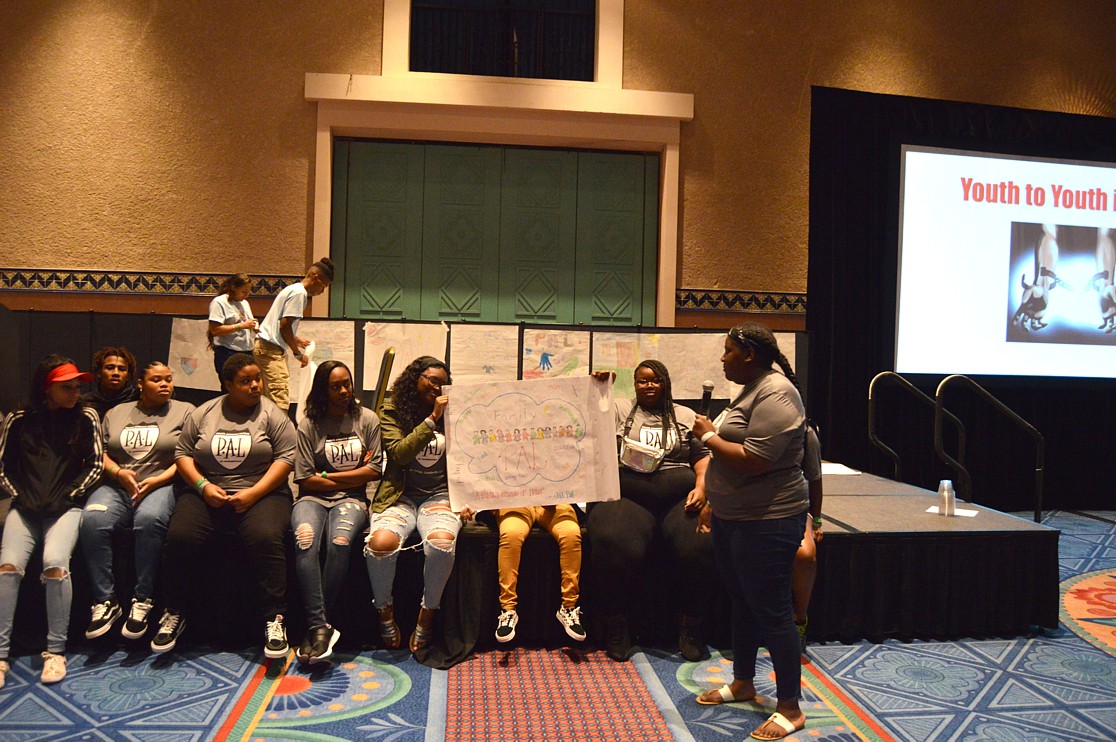